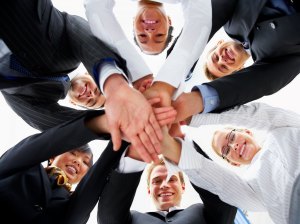 Part of the formula for a vibrant and sustainable culture is hiring inspired and talented people. But, it’s not enough for you to bring people on board who share your values and your purpose. You need to keep these people on board. In most cases, if you’re charismatic, passionate, and compelling enough, you’ll usually be able to sell something to someone, whether it’s a product, service, or a position within your company. The real challenge, however, is holding onto the client or the talented employee. So what’s the formula? Let me be clear that it does not involve a constant state of inspiration—those big movie moments are really few and far between, and anyway, the sort of energy it would take to sustain them would run you down in short order.

The formula for sustaining long-term engagement does, however, involve a fair amount of work and corporate training. That’s because it requires being consistently genuine. Depending on the size of your organization, you should have regular, organization-wide meetings where people can share best practices, learn about what others’ jobs are like, and how areas of the organization overlap. If you are part of a very large organization where company-wide meetings are not possible, then be sure to arrange for regular departmental meetings and some sort of annual organization-wide gathering, possibly even a few corporate team building activities or team building workshops. Remember that you want people who will actively engage with you and each other without fear of your ego getting in the way. But part of that active engagement requires that people have at least a basic understanding of how the different areas of the organization fit together.

One of the biggest challenges in running my advertising agency was getting people in different departments to not only understand what the other people in other areas did but to also appreciate the work. For example, our account executives and account coordinators were solely responsible for keeping the client informed and happy. They were the face of the company. Part of that work included responsibility for keeping their programs on schedule, which meant they would have to provide pertinent information to the client for approval, such as creative samples, media proposals, and costs for production. So, if they promised a client that they would have the media plan to them within a week, they did so not knowing what it took for the media planners and buyers to get accurate and cost effective information. If they promised the client a creative briefing within two weeks, they did so not knowing what other jobs were already in the queue and how long it actually took to come up with great ideas. The creative and media folks on the other hand never really worked with the clients, therefore, they did not have an understanding of how demanding and inflexible some of them could be.

As you can imagine, there was a lot of stress and frustration on both sides. The solution? We created a cross-training or cross-pollination program, wherein periodically, everyone in the agency at some point had to spend a week working next to someone from a completely different department. Account executives would sit in on creative meetings and listen in on the negotiation process the media buyers went through. Creative types would sit in on client meetings and calls to better understand what the account people had to deal with on a daily basis. This program helped to create a greater understanding within our company from department to department and from person to person. This tactic developed corporate communication skills and also eliminated an awful lot of fighting and finger pointing!

Recently I was the keynote speaker for a large, international bank. I also created and monitored a two-hour breakout session, which was titled, “Perception is Reality.” The premise was the same as my cross-pollination process I describe above and it was created for many of the same reasons—to facilitate a better understanding of what others do and to eliminate fighting and finger pointing within the organization, which, by the way, was beginning to run rampant. In this session, loan originators learned from loan processors, who learned from underwriters who learned from the credit department and so on. Just as there was at my own company, there was the same lack of corporate communication and understanding of what others did, from department to department, and what reasonable expectations should be.

My guess is that these issues occur within your organization as well. If so, do yourself and your company a big favor and start educating people on what others at the same company do on a daily basis. It will create realistic expectations, eliminate assumptions, and create a more harmonious, productive, and profitable environment.