From the Board of Directors to corporate performance, from planning into the future to leadership development and more, a Chief Executive Officer is motivated by numerous forces. Among them is working closely with executives who grasp his or her priorities and how to act upon them. Recently, some leading consulting firms conducted surveys with numerous CEOs who discussed their major priorities. Here are six of the those most commonly shared:

Most of the CEOs surveyed cited corporate growth as their top priority—even more important than cost efficiencies. Growth included new products, services, new business models, deeper customer relationships, geographic expansion, and a long-term strategy of innovation. While traditional growth strategies are paramount, many see inorganic and novel growth strategies more appealing and will continue to explore them in the future. 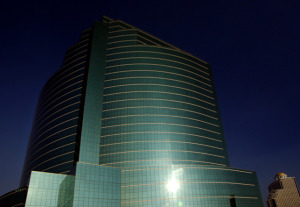 Because of competition from traditional competitors and new arrivals in the marketplace, CEOs believe they must be ready to take on more risk in forging new avenues into the regions and areas of new products and services. In increasing areas of leadership development, the thinking is that standing still means greater risk than that associated with change.

Hiring the right people is paramount, especially during times of growth or change when a company must hire in large numbers. Finding talent and developing it through executive training, diversity, and cultural differences, are priorities. Should a problem arise in this global culture, it can be magnified overnight via social media. Operating in a fast-paced global marketplace often brings currency issues. Global economies can be volatile, with different currencies rising and falling. If a company sells in 75 countries and manufactures in five, currency issues are sure to arise.

The Pursuit of Innovation

Transformational innovation within their companies is a high priority, and almost 60 percent of the CEOs surveyed prefer disruptive innovation when rivals new to the marketplace can threaten existing business models. Instead of incrementally upgrading current products and services, they’re reinventing them with an emphasis on experimentation and agility.

Special thanks to Bernard Spragg. NZ for the image.