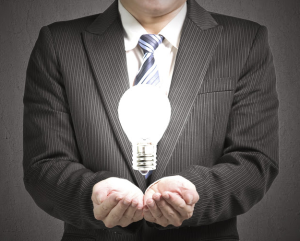 Yesterday, I was in a meeting with a consulting client. As a brand consultant, we were planning an upcoming event for their customers. The marketing director began the discussion with a question. “How do we get people interested?” After some light conversation about typical marketing methods as a brand consultant, I shared my idea of creating intrigue. “Intrigue?” That was the immediate response. “Yes” – I said – “However,” I cautioned, “the intriguing message must be genuine and absolutely must deliver the goods.” What do I mean by this?

Turn on your television or radio. Read the paper or a magazine. Look at the online ads. You see clever campaigns, goofy hooks, and wild promises on a regular basis from companies of all sizes in all industries. They are trying to create intrigue, but they usually leave the customer short on delivery. Why? The intrigue that captures a person’s attention can’t be better than the product, service, or story that it’s wrapped around. The substance has to follow for the intrigue to make sense. And the substance of what you deliver should be intimately connected to your values.

When I ran my own agency, I knew that intrigue was crucial to getting a potential client involved, but if I failed to deliver something of substance, I’d never had secured those clients, or I’d have soon lost them. And the key to delivering substance was research.

Every time we pitched a company, we made bold claims, but they were always backed up by facts. The formula was simple enough: Ask the right question about the organization, provide an answer, and then provide a solution. Let me explain. Okidata was a company we wanted badly because we knew they were in a great position. They had a great product and great engineering. They were one of the pioneers of color-printing technology but then sold that technology to other printing companies like Lexmark and HP, because they were focused at the time on black-and-white and dot-matrix/impact printing. However, armed with the new technology, Okidata’s competitors were taking off. Okidata soon recognized that they were missing a very good opportunity—one they had helped create. In short, Okidata had everything going for them, except they weren’t making a dent in the market that they helped give birth to! By doing extensive research with the help of a brand consultant, we’d identified a problem, and then we came up with a solution. The intrigue we created was simply designed to get them to the table to talk with us about how we could help.

We sent the box with a letter to Okidata’s vice president of sales and marketing. Not fifteen minutes after she opened the package, she called our director. “How do you know this?” She asked. Then she added, “And how fast can you get here?”

What’s key here and in all of our pitches was that we were not just making bold claims. We also backed them up with information that provided solid answers to questions we knew a business either wasn’t asking but should have been, or had asked but had not answered successfully. As a reputable brand consultant, it is important to never make empty promises when approaching potential clients, and that’s why we landed—and kept—organizations like The Scotts Company, Carrier, and Benjamin Moore Paints. Intrigue got us a foot in the door, and when we walked through it, we had answers.

“Intrigue,” as a noun or a verb, involves mystery, curiosity, and fascination. When someone or something is intriguing, they are mysterious, curious, and fascinating. Intrigue can be superficial, the sort of glint on a shiny metal object that is, by itself, not terribly interesting. But intrigue can also be profound enough to be textured by nuance and layered with meaning. In those instances, intrigue is not a mere hook but a hint of something significant yet to come. Superficial intrigue is nothing more than sleight of hand used to mask a lack of depth. That’s the sort of meaning people have in mind when they think of the negative definition of the word.

In other words, intrigue created around something that is more interesting than the object, idea, or action itself merely leads to a letdown. Unfortunately, that’s what a lot of businesses do when they turn to marketing their service or product and focus more on the message—the intrigue—than on their brand and their purpose, which is the expertise of a brand consultant.

These days, lots of stuff gets your attention, but it doesn’t make you care. As a result, it’s not sustainable. Part of sustainable success involves sustainable intrigue. As we’ve noted, making a visceral, emotional, personal connection is how you get and keep people involved. Heck, even the word, “visceral” hits you like a punch in the gut! But it’s the broader issue—the impact of well-researched sustainable intrigue that makes a real connection—that as a brand consultant, I want you to keep in mind as you promote your own product, service, project, event, or whatever it is you’re attempting to sell. Remember, whatever you’re promoting or selling when creating your campaign—the payoff must be greater than the promise.